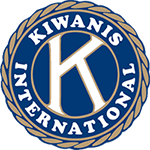 Mr. Neal is a retired Alaska State Fire Marshal.  In addition to his involvement in Kiwanis, he has chaired the Alaska State Fire Commission on Fire Prevention and Control and served on the board of Alaskans for Drug Free Youth and community college board.  He has also held volunteer positions with the United Way, Special Olympics, and State Fallen Firefighters Memorial.  He is an ordained deacon in his church and received the Citizen Volunteer Award from the Anchorage School District.

Known for his engaging persona where everyone is his friend, Sylvester is an inspiring and motivational speaker.

Kiwanis is a global organization of volunteers dedicated to changing the world one child and one community at a time.